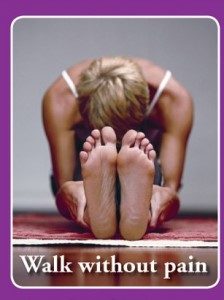 Having trouble with your feet or lower limbs? Call us on 3260 7225 for an appointment, or book online using our 24/7 booking portal. We are open 6 days a week, Monday to Saturday. Podiatrist Kedron – We are located within the Toombul Shopping Centre on Sandgate Road.

Stephanie graduated from Queensland University of Technology with a Bachelor of Podiatry (Honours) in 1990. Further to this, in 1996 she completed a Master of Health Science, majoring in Podiatry. Stephanie has been in private practice since 1991 and has spent several years studying and assisting in foot surgery. During her studies, Stephanie excelled in orthotic design and manufacture, earning her the prestigious C.W. Graves award. She has built on this knowledge to patent internationally, a new type of corrective orthotic device called a Copythotic. Stephanie has special interest in treating intractable pain, particularly where long standing and resistant to previous interventions.

Belinda graduated from Queensland University of Technology with a Bachelor of Health Science – Podiatry in 2006. After gaining her academic qualifications at QUT in Brisbane, Belinda moved to Hobart for two years to begin her career in private practice before returning to Brisbane and joining Walk Without Pain in 2008. In addition to podiatry, Belinda holds a degree in Biomedical Science from Griffith University and a Graduate Certificate in Diabetic Education, completed in 2018.  Belinda is licensed in the use of the Pinpointe laser for fungal nail infections, and enjoys all aspects of podiatry, particularly treating complex diabetic foot conditions.

Charlotte graduated from Auckland University of Technology in 2007 with a Bachelor of Health Science, Podiatry. Further to this, she gained her license in Pinpointe Laser for fungal nail infections. Charlotte enjoys all aspects of podiatry, however has a special interest in paediatrics, injury treatment, nail surgery, sports injuries/biomechanics and general podiatry treatment. As a keen athlete who has represented New Zealand in netball, Charlotte additionally enjoys running, cycling and general fitness. Charlotte mostly works in the Indooroopilly clinic; however, she also makes her way over to Toombul every other Thursday.

Christian joined Walk Without Pain after graduating from Queensland University of Technology with a Bachelor of Podiatry (Honours) in 2014. Prior to podiatry, Christian had completed an education degree, and was a primary school teacher. This background is evident in Christians calm and joyful approach when treating his patients, in particular, children. In 2017, Christian also became the 12th podiatrist in the state to achieve the advanced qualification; Endorsed Prescriber of Scheduled Medicines, a remarkable academic achievement. Christian is skilled in performing injection therapies, such as prolotherapy, neural prolotherapy and corticosteroid infiltrations, and finds the treatment of complex diabetic foot conditions very rewarding.

Holly gained her academic qualifications at Queensland University of Technology in Brisbane. Holly has a broad knowledge and interest in all aspects of podiatry, including a focus in Diabetic Care and education, Pediatric Podiatry and Biomechanics. Holly has also gained post-graduate qualifications in Prolotherapy, has written articles for city publications aimed at the general public and frequently volunteers for various public health and awareness initiatives.

In 2001, Jason attained his qualification of a Bachelor of Health Science – Podiatry, from Queensland University of Technology. He has been a vital part of the Walk Without Pain team since 2003, and works in both of our Bribie Island and Toombul clinics. Outside of work, Jason enjoys spending time with his wife and two sons, camping, hiking, and walking their family dog. Jason has a person-centred approach, and enjoys focusing on paediatrics, diabetes care and sports/biomechanics. Additionally, Jason is available for home visits to treat patients who are unable to be treated at the clinic due to disability.

Joe is from the Gold Coast where he worked in private practice primarily focused on biomechanics and orthotic therapy. He is a QUT graduate from 2014, and participated in a research scholarship in Forensic Podiatry working on cases for the Queensland and New South Wales police services (2013-2014). His primary interests are in nail surgery, diabetic wounds and chronic pain. He enjoys working with patients who have had previous unsuccessful treatment.

In 2009, Megan graduated from Queensland University of Technology with a Bachelor of Health Science, Podiatry. She commenced working at Walk Without Pain prior to her graduation and has become an asset to the team. In addition to her initial degree, Megan also has completed a Graduate Certificate in Podiatry Therapeutics 2016 as well as a Prolotherapy course 2018. Megan’s enjoys all aspects of podiatry, but has particular interest in Biomechanical, orthotics, nail surgeries, diabetes, wound care, general chiropody, extracorporeal shockwave machine and is licenced in the use of the Pinpointe laser for fungal nail infections.

In 2017, Reece completed his qualifications and completed a Bachelor of Podiatry from and became the newest member of the Walk Without Pain team. Reece works between both of our Bribie Island and Toombul locations, and is enjoying being mentored by our senior podiatrists. Reece anticipates completing further study to enhance his already sound knowledge base and looks forward to learning new skills along the way.

Getting to Podiatrist Kedron

By Car: Centro Toombul is located at the intersection of the East-West Arterial Road and Sandgate Road. It is 8 kms from the centre of Brisbane City and 3 kms from the Brisbane airport. Ample parking is available.

Having a foot injury or a long-standing foot problem can restrict your life in all kinds of ways. Maybe you’ve stopped playing your favourite sport. Perhaps you can’t join in with the kid’s games like you used to or maybe you find walking so painful that you find that you’re spending more and more time at home.

At Walk Without Pain, we offer a wide range of treatments to tackle all kinds of foot pain and foot conditions from simple plantar warts, corns and calluses to more serious issues such as Plantar Fasciitis, gait issues and pain in the ankles, knees and hips.

Our team of nine podiatrists / foot doctors have almost 120 years of combined experience between us and during our time in practice have seen over half a million feet. So, no matter how embarrassed or disheartened you may be about your foot condition, rest assured we’ve seen and treated it before.

We’re committed to providing the very best podiatry possible at affordable prices, so why not book an appointment with the podiatrist Kedron residents rely on for fast, affordable and effective treatments?

We Can Handle All Kinds of Foot Problems

One reason why we have such an excellent reputation as the best foot doctors servicing Kedron is that we can manage a very wide range of foot problems. From our clinic in Toombul Shoppingtown, our podiatrists treat many conditions of the foot and ankle from fungal nail and warts to providing custom-made orthotics for both adults and children. We use some of the most advanced technologies, including shockwave therapy, laser treatments and in-house ultrasonography.

Our team is exceptionally well qualified, and we keep up to date with the latest techniques and treatments by committing to more than 30 hours of extra training per year, with some of our team chalking up hundreds of hours in extra training. We’re totally dedicated to providing the very best treatments and service possible, and it shows in our success rate.

Foot pain is extremely common and, in most cases, it’s relatively easy to fix. So don’t suffer in silence any longer.  Book an appointment with your local podiatrist and we’ll help you to find relief. Call us now on 3260 7225 or book via our 24/7 online booking portal.

We provide bulk bill podiatrist in Brisbane with a small out of pocket  expense, including plantar fasciitis treatment and shin splints treatment. Speak with one of our podiatrists today to find out more.