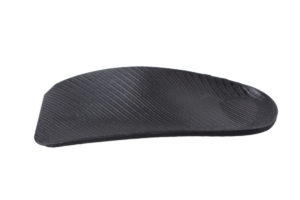 As a podiatrist during the 1990’s, the making of orthotics was a time consuming and, therefore, expensive practice. It took around six hours in my home ‘orthotic lab’ to knock out a pair of orthotics. Since the advent of commercial laboratories through the 1990’s and beyond, there have been many recent advances in the design and manufacturing of orthotics.

Walk Without Pain Podiatry Clinics has taken advantage of these opportunities to reduce costs and create cheaper orthotics while still providing a custom made device individual to your needs. This new method still allows for all prescription variables to be available to the podiatrist, and so we can produce a completely custom-made device for around 60% of the cost of the traditional methods of manufacture.

Some health funds may cover the whole cost of these orthotics with no gap. This will depend on your level of cover and insurer.

We have HICAPS claiming available in the clinic so you can avoid being out of pocket for these fees.

Any downside to this method providing cheaper orthotics Brisbane?

How long do these orthotics last?

Around 4 to 5 years in average people. A little less in heavier or more active patients.

Anything else to know about these cheaper orthotics?

Yes! The method of manufacture is by routing from a solid block of material. In our opinion, this is superior to ‘sheet’ methods because the orthotic can be any thickness and shape that we prescribe, not limited to the two sheet thicknesses available. The average thickness of our devices is 3.5 mm. Want to have extra bounce for running? We can cut in a flexible section. Did you flatten your last pair?  We can reinforce key areas.

Where can I get these cheaper orthotics?

Each of our four Brisbane podiatry clinics can help. We are at Hamilton, Indooroopilly, Bribie Island and Toombul (6 days per week). All of our podiatrists are fully trained in orthotic design using this approach. As far as we are aware, no other podiatry clinics in Brisbane are using this technology. So whether you’re looking for cheaper orthotic options or custom orthotics, Walk Without Pain got you covered.