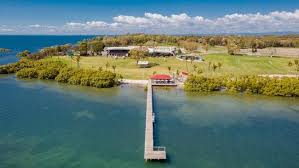 Our Sandstone Point Podiatrist clinic is located at our Bribie Island clinic, within a mostly medical complex at 19 Benabrow Ave, Bellara.

Why not try our online 24/7 booking portal ?

Stephanie graduated from Queensland University of Technology with a Bachelor of Podiatry (Honours) in 1990. Further to this, in 1996 she completed a Master of Health Science, majoring in Podiatry. Since 1991, Stephanie has been in private practice spending numerous years assisting in foot surgery as well as mentoring new podiatrists as they master their developing skills. Stephanie opened her Sandstone Point clinic in her early 20’s, and since then has mastered neural prolotherapy, prolotherapy, in-house ultrasonography, and minor surgical procedures of the nails and skin, she has a particularly large interest treating intractable pain, particularly where long standing and resistant to previous interventions.

In 2006, Belinda completed her qualifications from Queensland University of Technology with a Bachelor of Health Science – Podiatry. Following her graduation, Belinda began her career in private practice in Hobart before returning to Brisbane and joining the Walk Without Pain team in 2008. In addition to her podiatry qualification, Belinda also has completed a Bachelor of Biomedical Science from Griffith University, and is due to complete a Graduate Certificate in Diabetic Education in 2018. Belinda has a focus in diabetic care and education, general palliative care and biomechanics, and is licensed in use of the Pinpointe laser for fungal nail infections.

Jason gained his qualifications in 2001 from Queensland University of Technology after completing a Bachelor of Health Science – Podiatry. Since 2003, Jason has been an asset to the Walk Without Pain team, offering out of clinic home visits for his patients who are unable to visit the clinic due to disability. With a passion for all aspects of podiatry, Jason particularly enjoys focusing on diabetes care, paediatrics and sports/biomechanics. During his down time, Jason enjoys spending time hiking, camping and walking his dog with his wife and two sons.

Megan graduated from Queensland University of Technology with a Bachelor of Health Science – Podiatry in 2009. Megan commenced working at our clinics prior to graduation and has become an essential part of the team. Megan also has completed a Graduate Certificate in Podiatry Therapeutics 2016 as well as a Prolotherapy course 2018. She is proficient in the art of Copythotic making. Megan enjoys all aspects of podiatry practice but has a special affinity for diabetic and mechanical complaints. Megan also is licensed in the use of the Pinpointe laser for fungal nail infections.

Christian joined us in 2014 after graduating from QUT with honours.  Christian also holds a degree in education and has had a past life as a primary school teacher. He also became an Endorsed Prescriber of Scheduled Medicines in 2017, only the 12th podiatrist in the state to achieve this advanced qualification. He enjoys all aspects of podiatry practice, including minor surgery for ingrown nails and skin lesions such as warts. He is interested in sports, sports injuries and the interplay between foot mechanics and skeletal injuries higher up. Christian performs injection therapies such as prolotherapy, neural prolotherapy and corticosteroid infiltrations. Tending to complex diabetic foot conditions is also a rewarding outcome.

Joe is the newest member of our team and has worked previously on the Gold Coast, largely in the field of sports medicine. He holds a Bachelor of Health Science (Podiatry) and graduated from QUT in 2014. His main interests are in nail surgery, diabetic wound care, sports injuries and chronic pain. Joe is enjoying utilising broad treatment modalities and investigations with in-clinic diagnostic ultrasound.

In 2017, Reece completed his qualifications and completed a Bachelor of Podiatry from and became the newest member of the Walk Without Pain team. Reece works between both of our Bribie Island and Toombul locations and is enjoying being mentored by our senior podiatrists. Reece anticipates completing further study to enhance his already sound knowledge base and looks forward to learning new skills along the way.

Transport to our Sandstone Point Podiatrist

By Car: We are located just over the bridge on Bribie Island. The complex sits to the left at the first roundabout you will encounter. Look out for ANZ bank signage.

By Bus: Bus routes 640, 642, 643 and 644 stop close to the clinic. Route 641 stops at the Woolworth’s centre, nearly one Kilometre away. Bus timetables can be found by visiting Translink.

By Train: Connecting bus services run between Caboolture Train Station and the Island, stopping close to our location. Train timetables can be found by visiting Translink.

By Taxi: Taxis can be called for you on request to get to our Sandstone Point Podiatrist

Disabled Access is available. Wheelchairs and scooters can enter from the carpark. Disabled parking spaces are allocated. Restrooms are also wheelchair accessible.

Seniors Parking is not specifically allocated but space is ample.