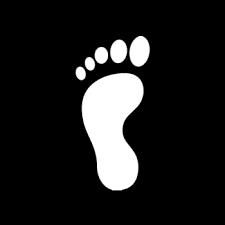 Having trouble with your feet or lower limb? Call us on 3260 7225 for an appointment, or book online 24/7 booking portal. We are open 6 days a week, Monday to Saturday. Located within the Toombul Shopping Centre on Sandgate Road.

Our Podiatry Team in Clayfield

Stephanie graduated from Queensland University of Technology with a Bachelor of Podiatry (Honours) in 1990, with the addition on completing a Master of Health Science, majoring in Podiatry in 1996. During her studies, Stephanie was awarded several university prizes, including the prestigious C.W. Graves award for excelling in orthotic design and manufacture. Stephanie has been in private practice since 1991 and has spent several years studying and assisting in foot surgery. Her special interest lies in treating intractable pain, particularly where long standing and resistant to previous interventions. Stephanie is experienced in in-house ultrasonography, prolotherapy, neural prolotherapy and minor surgical procedures of the nails and skin.

In 2006, Belinda graduated from Queensland University of Technology with a Bachelor of Health Science – Podiatry and is currently completing a Graduate Certificate of Diabetic Education. Belinda joined the Walk Without Pain team in 2008, after spending the first two years working in Hobart in a private practice. Her main interests are tending to complex diabetic foot conditions, biomechanics, palliative care, as well as diabetic care and education, however Belinda also enjoys all aspects of podiatry. Belinda is a crucial member of the team and predominately works in our Bribie Island and Toombul clinic.  She has recently completed an additional qualification in Diabetic Education.

With a Bachelor of Health Science, Podiatry which was attained in 2007 from Auckland University of Technology, Charlotte has since worked in private practice. In addition to eleven years of practice, Charlotte has spent four of those years gaining valuable experience working in London. As a keen athlete, Charlotte enjoys cycling, running and has impressively represented New Zealand in Netball. Charlotte enjoys all aspects of podiatry, however has a special interest in paediatrics, injury treatment, nail surgery, sports injuries/biomechanics and general podiatry treatment.

In 2014, Christian graduated from Queensland University of Technology with a Bachelor of Podiatry (Honours). In addition to podiatry, Christian also holds a degree in education where he worked as a primary school teacher.  This background is understandable with his gentle and engaging nature when treating children. Due to his academic success in 2017, Christian also became the 12th podiatrist in the state to achieve the advanced qualification; Endorsed Prescriber of Scheduled Medicines. Christian also enjoys tending to complex diabetic foot conditions and finds a successful outcome very rewarding. Additionally,  Christian has mastered the skill of performing injection therapies, such as prolotherapy, neural prolotherapy and corticosteroid infiltrations.

Holly gained her academic qualifications from Queensland University of Technology in 2006. In addition to her undergraduate degree, Holly furthered her education by completing post graduate qualifications in both prolotherapy and diabetes. With a broad knowledge and interest in all aspects of podiatry, including footwear, with a specific focus on diabetic care, dermatology and paediatric podiatry. Holly has expanded her practice by gaining a license in Pinpointe Laser for fungal nail infections. Holly regularly volunteers for various public health and awareness initiatives such as for Oxfam Trailwalker and Bridge to Brisbane as a Podiatrist.

Jason graduated from Queensland University of Technology with a Bachelor of Health Science – Podiatry in 2001. Jason has been an essential part of the Walk Without Pain team since 2003, and mostly works from our Bribie Island and Toombul locations. Jason has a person-centred approach with all of his patients, including even working outside of clinic hours to treat patients at their home who are unable to travel due to disability. He is passionate about all aspects of podiatry, and has an exceptional interest in sports/biomechanics, diabetes care and paediatrics.

Joe recently joined Walk Without Pain and has previously worked in private practice on the Gold Coast. He has worked in clinics with a strong focus on biomechanics and orthotic therapies. Joe graduated from QUT in 2014 and holds the Philip R Perlman prize in podiatric radiology from 2013. His main interests are in nail surgery, orthotic therapy and injection therapies. Joe is enjoying use of diagnostic ultrasound and further training to broaden his scope of practice.

In 2009, Megan graduated from Queensland University of Technology with a Bachelor of Health Science, Podiatry. She commenced working at Walk Without Pain prior to her graduation and has become an asset to the team. In addition to her initial degree, Megan also has completed a Graduate Certificate in Podiatry Therapeutics 2016 as well as a Prolotherapy course 2018. Megan’s enjoys all aspects of podiatry, but has particular interest in Biomechanical, orthotics, nail surgeries, diabetes, wound care, general chiropody, and extracorporeal shockwave machine and is licensed in the use of the Pinpointe laser for fungal nail infections.

Reece is the newest member of the Walk Without Pain team, having graduated from Queensland University of Technology with a Bachelor of Podiatry in 2017. Reece is currently mastering his podiatry skills from our experienced podiatrists and anticipates on furthering his studies. Reece works predominately out of our Bribie Island and Toombul clinics. Read More.

Do your feet ache every day?  Or do you perhaps have some other foot and lower limb issues such as ingrown toenails, sore knees, warts or a sports injury?  At Walk Without Pain, we can help. Our four clinic of Podiatry in Clayfield have been assisting with foot and knee issues for decades and are some of the best clinics to be found in Australia.  With 9 podiatrists and 87 combined years of experience you just cannot go wrong when you choose one of our incredible clinics.  There isn’t a foot issue we haven’t seen before or a problem that is too small or big for our podiatrists to handle.

Podiatry & Orthotics In Clayfield: Early Treatment Is The Key To Success

It is important to seek out professional help from a podiatrist near Clayfield as soon as you can.  Waiting may mean that your foot condition could worsen.  Damage may end up being permanent or could result in surgeries.  With early detection, our podiatrists can do more to prevent extreme treatments and get your feet back to good health.  We use advanced therapies such as shockwave, Laser, ultrasonography and injection therapy to treat musculoskeletal issues, provide expert advice, make custom orthotics in Clayfield, and work with your lifestyle.

Why Get In Touch With One Of Our Podiatrists in Clayfield Today?

If your feet are always sore and aching, you don’t feel like doing much.  You cannot give your best at your job, enjoying activities is tough and working out can become a nightmare.  Perhaps your spouse or your kids have started to complain about your lack of ‘get up and go’.

Foot problems can result in various serious medical issues such as the following;

Don’t wait until your small foot issues turn into large chronic medical conditions.  Book your appointment at Walk Without Pain online, so we can restore the health of your feet and you can get back to a healthy, happy and active lifestyle.

We provide bulk bill podiatrist in Brisbane with only a small out of pocket fee, including plantar fasciitis treatment and shin splints treatment. Speak with one of our Podiatrists in Clayfield today to find out more.

Services Available At Our Podiatry Clinic In Clayfield


Getting to Podiatrist Clayfield

The Podiatrist Clayfield clinic is equipped with disabled access and is wheelchair friendly.