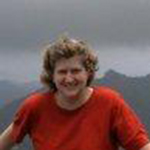 Stephanie Cosgrove holds a podiatry degree with Honours from QUT (1990) in addition to a Master of Health Science majoring in podiatry . This was completed in 1996, also from QUT. During her studies, Stephanie was awarded several university prizes, including the prestigious C.W.Graves award for excelling in orthotic design and manufacture. She has built on this knowledge to patent internationally, a new type of corrective orthotic device called a Copythotic. Stephanie has been in private practice since 1991 and has spent several years studying and assisting in foot surgery. Stephanie’s primary professional interests lies in pain relief, especially in those for whom prior interventions have failed.

As the Walk Without Pain! group’s consultant podiatrist, patients may choose to consult Stephanie about complex foot problems, including the following:

Stephanie has also written a reference book to provide doctors with a resource to better educate their patients. “Common Foot Disorders and their Effect on Body Mechanics” covers the 20 most common foot disorders and is available on this site under the “Info Sheets” tab. It can be used freely by doctor’s for their patients and individuals for their own use. Please refrain from using this IP for commercial purposes. 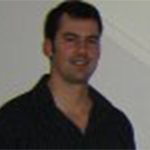 Jason gained his qualifications in 2001 from Queensland University of Technology after completing a Bachelor of Health Science – Podiatry. Since 2003, Jason has been an asset to the Walk Without Pain team, offering out of clinic home visits for his patients who are unable to visit the clinic due to disability. With a passion for all aspects of podiatry, Jason particularly enjoys focusing on diabetes care, paediatrics and sports/biomechanics. During his down time, Jason enjoys spending time hiking, camping and walking his dog with his wife and two sons. 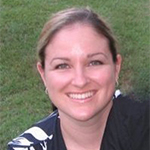 In 2006, Belinda completed her qualifications from Queensland University of Technology with a Bachelor of Health Science – Podiatry. Following her graduation, Belinda began her career in private practice in Hobart before returning to Brisbane and joining the Walk Without Pain team in 2008. In addition to her podiatry qualification, Belinda also has completed a Bachelor of Biomedical Science from Griffith University, and is due to complete a Graduate Certificate in Diabetic Education in 2018. Belinda has a focus in diabetic care and education, general palliative care and biomechanics, and is licensed in use of the Pinpointe laser for fungal nail infections. 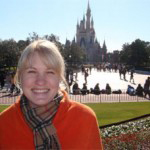 Holly gained her academic qualifications at Queensland University of Technology in Brisbane. Holly has a broad knowledge and interest in all aspects of podiatry, including a focus in Diabetic Care and education, Pediatric Podiatry and Biomechanics. Holly has also gained post-graduate qualifications in Prolotherapy, has written articles for city publications aimed at the general public and frequently volunteers for various public health and awareness initiatives. 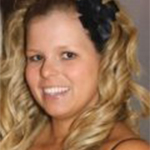 Megan graduated from Queensland University of Technology with a Bachelor of Health Science – Podiatry in 2009. Megan commenced working at our clinics prior to graduation and has become an essential part of the team. Megan also has completed a Graduate Certificate in Podiatry Therapeutics 2016 as well as a Prolotherapy course 2018. She is proficient in the art of Copythotic making. Megan enjoys all aspects of podiatry practice but has a special affinity for diabetic and mechanical complaints. Megan also is licenced in the use of the Pinpointe laser for fungal nail infections. 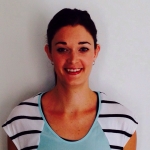 Charlotte graduated from Auckland University of Technology in 2007 with a Bachelor of Health Science, Podiatry. She has worked in private practice in both Australia and the United Kingdom. Charlotte is a keen sports woman enjoying running, cycling and general fitness. She enjoys all aspects of podiatry with a special interest in sports injuries/biomechanics. Charlotte is also trained in the use of our Pinpointe laser for fungal nail infections. 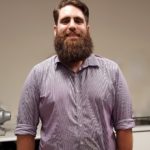 Christian joined us in 2014 after graduating from QUT with honours.  Christian also holds a degree in education and has had a past life as a primary school teacher. He also became an Endorsed Prescriber of Scheduled Medicines in 2017, only the 12th podiatrist in the state to achieve this advanced qualification. He enjoys all aspects of podiatry practice, including minor surgery for ingrown nails and skin lesions such as warts. He is interested in sports, sports injuries and the interplay between foot mechanics and skeletal injuries higher up. Christian performs injection therapies such as prolotherapy, neural prolotherapy and corticosteroid infiltrations. Tending to complex diabetic foot conditions is also a rewarding outcome.